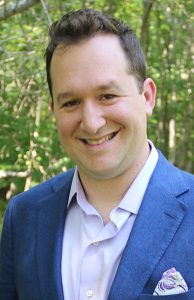 Today is a happy and proud day for Alex Milligan, as he takes the reins of his family’s wine-import business, David Milligan Selections. After working side-by-side with his father in the wine industry for 12 years, Alex takes on leadership of the French-wine import company with an eye on courting the next generation of wine lovers and breaking barriers to make French wine approachable and accessible to all. 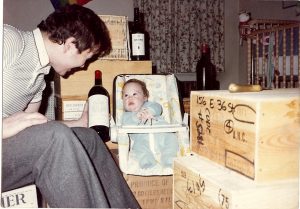 After a storied career at  Seagram Chateau & Estate Wine Co., David Milligan took a risk and went out on his own to start his own wine-import company. In 1995, he began finding and introducing delicious French wines to you, the consumer, at unbeatable values.

On David’s first scouting trip to France, he connected with the charismatic winemaker Jérôme Quiot. As the two zipped around the windy, narrow roads of Châteauneuf–du–Pape, sharing their passion for fine wine and touring Jérôme’s impressive estate and vineyards, a groundwork was laid for what would become a lasting friendship and business relationship.

The two decided to take a chance on each other. That risk would pay off. Today, the Quiot Family produces the highly acclaimed Domaine Houchart Côtes de Provence Rosé, which, among its many accolades, was just listed as a Top-20 Rose in Vivino’s 30- million-users-strong online wine community. On that same fortuitous trip, David met the innovative winemaker Claude Fournier. Today, Fournier Père et Fils makes the renowned Fournier Sancerre “Les Belles Vignes” and produces “Grande Cuvée” Pouilly-Fumé, just named Best Unoaked Sauvignon Blanc in the World at the Concours Mondial du Sauvignon. Yet a third key connection was with Pascal Dufaitre, maker of the fabulous Château de Pizay Morgon, which has seen the most impressive sales increase in recent years.

Over the next 23 years, Alex Milligan would join the company and the father-son team would journey to France to hand-select additional esteemed French estates and families with whom to partner. The two would also travel across the 30 states where they sell their delicious wine 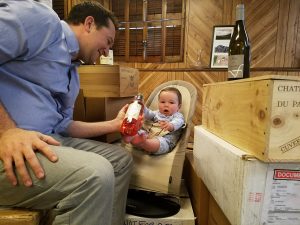 Alex will continue his father’s legacy and vision of bringing fine French wine to the consumer at great value, while extending an olive branch to future generations of wine lovers (including his own son!) in fresh, new ways. David Milligan will continue on in the role of Founder and Adviser of the import company.

The Milligan Family looks to the future with a raised glass. À Votre Santé — French wine is for everyone!