Steve co-owned his first restaurant in 1984. He later owned and managed retail shops and restaurants on the Outer Banks of North Carolina, Richmond Virginia and Florida. He 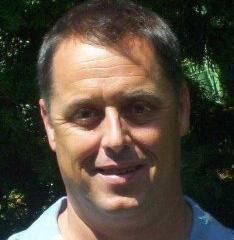 also worked as a Captain in the Five Star, Five Diamond Ritz Carlton Amelia Island, as well as the Boca Raton Hotel and Sages restaurant in Chicago.

Later he became a top producing Real Estate broker from the mid 1990’s until selling his business in 2011 and going full time into the wine supply business.

Since the late 80’s he has worked part time on the supply end of the wine business with Nick Skliris of Premium brands covering the company’s French, California and Italian portfolios in the Southeast Region.

He has consulted countless restaurateurs over the years, leading the opening team for Caxambas Restaurant in Marco Island, Florida and helping to build Wine Spectator Award winning wine lists at the Ritz Carlton Amelia Island, Flying Fish Café in North Carolina and many others. Steve covers all of North Carolina for David Milligan Selections.

He can be reached at: stephenblaisdell@gmail.com