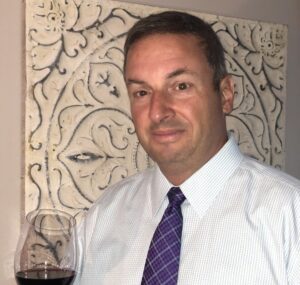 Originally from New England. Boston by way of Newport, RI. Manou moved to Chicago in 1992. Married wife Kate in 1993. Has three daughters Claire (23) Mia and Sophie (18). Spent ten years in the French Restaurant scene. Cut his teeth in the wine business with Chicago Wine Merchants in 1998. First supplier job was representing Fess Parker Winery out of Santa Barbara. Eventually working for importers Wines U & Seaview Imports. Manou has spent 15 years selling around the Midwest building his knowledge and his reputation for work ethic, follow through and wine knowledge. Thanks, due in part to his time in the French restaurant world, Manou lives and breathes French wines. Vinaculturally, it is his first love. When not selling wine or cooking for his family, Manou spends time officiating High School and College Soccer.

He can be reached at: manou@dmswine.com