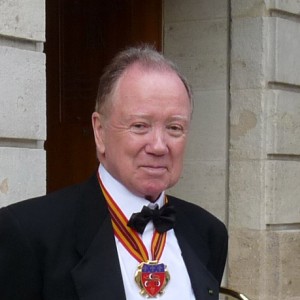 David Milligan was born in Dorset, England and graduated from Eton College.

He entered the wine trade in 1957, as a trainee, rolling barrels around the cellar and bottling wine. At that time most wine was still imported in barrel and bottled in England.

He then joined the wine department of Charrington & Co, now Bass Charrington, and spent time in their Scotch Whisky blending operations, before become their main table wine buyer. In this position, he created Hirondelle, which became the best selling table wine in England.

In 1969 he was approached by customers of their Scotch Whisky blending business to move to the United States and help them develop wine businesses. He arrived in New Orleans that year and helped develop wine departments for the wholesale operations of the Goldring family in Louisiana and Florida.They also acquired an import company, Dennis & Huppert which was eventually sold to Bacardi. David moved to Miami in 1975, as President of that division.

The following year, Seagram, for whom David had successfully developed sales of their wine portfolio in Louisiana, decided to launch a fine wine division. Chateau & Estate Wines Co. He was appointed the first Southern Division manager and spent a year setting up distribution in the South.

In 1977 he moved to New York with steadily increasing responsibilities. This was a period of great development for such brands as Champagne Perrier Jouet and Sandeman as well as the core Bordeaux Chateau business. In 1987 he was appointed President.

In 1990 he moved over to the National Accounts side of Seagram with responsibility for both Spirits and Wine, dealing with major on premise hotel and restaurant chains.

In late 1995, he made the major decision to form his own company, David Milligan Selections, dealing with fine Estate wines from France as well as the major Bordeaux Chateaux, where he partnered with the leading Bordeaux negociant, Joanne Bordeaux. He still represents his original suppliers, Domaine Fournier in the Loire, Famille Quiot in the Rhone and Provence and Chateau de Pizay in Beaujolais and Maconnais, as well as a range of other Estates. With his tasting and buying experience and a distribution policy of shipping direct from the producers to wholesalers in most states, eliminating the national importer mark up, they are generally regarded amongst the “Best Value” estate bottled wines in each appellation. The company does business in most major markets.

His best news arrived when his son Alexander, on finishing college in 2004, where he majored in Marketing, went to work at Sherry Lehmann over the holidays. He was asked to stay on and was later promoted to Assistant Director of Advertising and two years later having cemented his passion for the wine business decided to join David in his business. He is now President of the Company and involved in all aspects of the business.

In 2010 when Diageo announced its exit from the Bordeaux business, David, with the backing of his long time Bordeaux associate, Joanne Bordeaux, set up a US operation which quickly became the No 1 importer of Bordeaux wine in the United States.

David has been active in Wine & Food groups including the Commanderie de Bordeaux, where he is Regent Emerite of the New York Chapter and a member of the National Board of Governors and the Chevaliers du Tastevin of which he is a Grand Officer.

In 2010 he was honored by the French Government with appointment as Officier de L’Ordre de Merite Agricole for services to the French wine industry.